Archive for the ‘Building Officials’ Category

Your Builder Does Not Know The Building Code 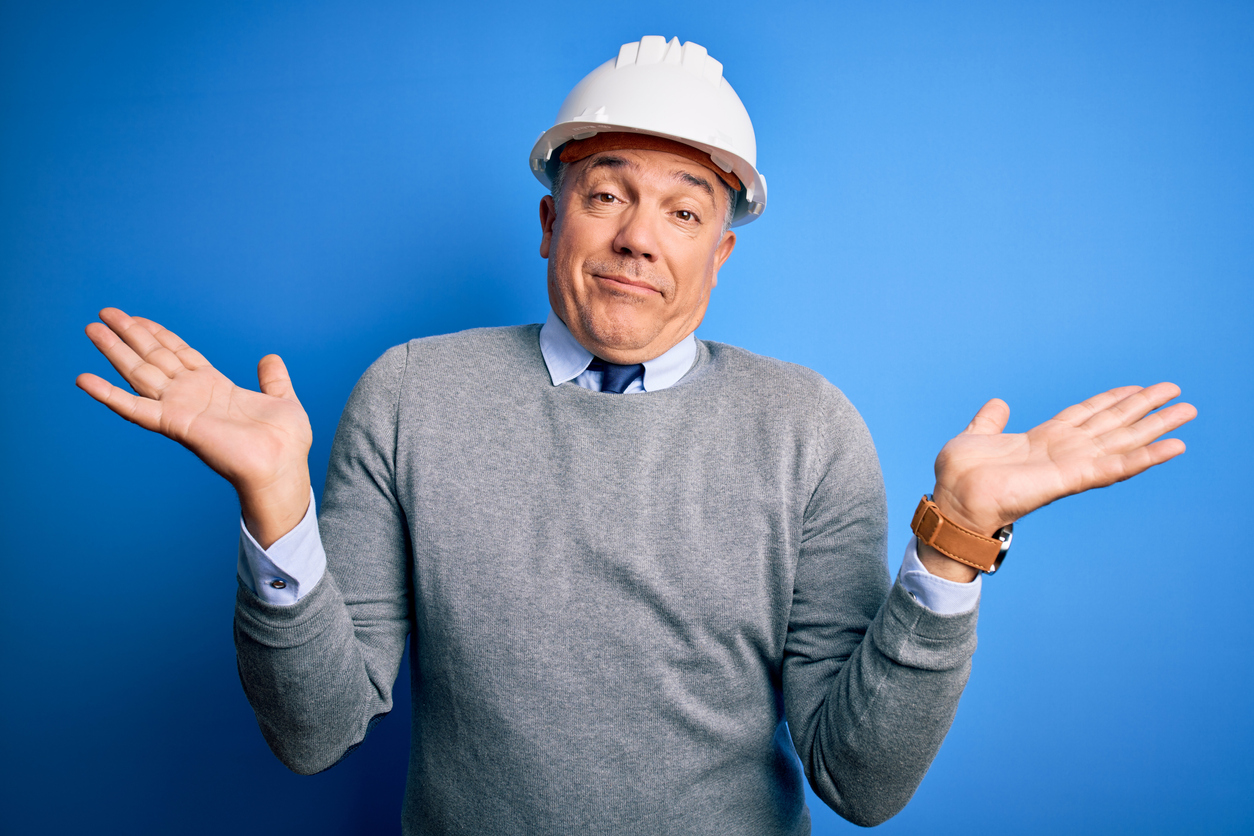 And, that’s not the worst of it. Neither do his supervisors or subcontractors. That’s saying a lot when one considers that the building code itself requires them to know the code. From the International Residential Code (IRC), which is the code in 49 states and some foreign countries:

“IRC 105.8 Responsibility. It shall be the duty of every person who performs work for the installation or repair of building, structure, electrical, gas, mechanical or plumbing systems, for which this code is applicable, to comply with this code.”

How can one possibly comply with regulations one does not know? Not possible.

How does this work? Well, the builders (read: corporations) hire supervisors (read: lackeys) to oversee their building sites. The majority of these folks are not certified in the building codes, never held a hammer or actually built a house. Most of their time is devoted to ordering materials and scheduling subcontractors. They know only what their subcontractors and/or the municipal inspectors tell them. Basically, your “builder” amounts to little more than a construction expediter.

The subcontractors, who are also not code-literate, build everything according to what the municipal inspectors “allow”. Initially, they construct everything in the most expeditious fashion possible, as they are hired on the lowest bidder basis. Then they wait to see what the building official “allows” and make whatever changes the inspector requires.

The problem with all of this is that the municipal inspectors are often themselves not intimately familiar with the codes. Even if they are, they are not allowed the time necessary to thoroughly inspect the houses they are assigned. They look for the low-hanging fruit, and then move to the next house (this is what I refer to as selective code enforcement). Refer to my blog article on the 12.5-Minute Inspection, for a clearer picture.

The municipal inspectors “allow” many things that are blatant code violations because they do not completely comprehend the codes they are entrusted to enforce, or they simply do not have the time to do the job properly. Maybe this has a lot to do with the way they are paid – not much for the amount of work entailed.

Is it any wonder that the houses in Texas are poorly built? On the contrary, the miracle is that they stand for more than a couple of years. But, they do not actually perform their intended function on many levels. The foundations are under-engineered for the expansive soils that prevail here, the materials are often glorified cardboard or glued-together pieces of scrap wood. The windows, doors, appliances, lighting and plumbing fixtures are all “builder’s grade”, which is code for the cheapest available. The houses are basically cobbled together using whatever is on sale and then sold at a premium price (builder materials and systems markups are figured at 300%).

And all of this cobbling is being done by corporations and their employees who have zero verifiable knowledge of the regulations (laws) that govern their profession. The home buyers are then the recipients of the products of a revolting dog-and-pony show euphemistically referred to as Texas custom home building.

While all of this is occurring, Austin (read: Abbott and his dog Paxton) continue to deflect any attempts to actually regulate the Texas home builders. As has always been their motto: big business comes first. Hell yes, the free market will police itself. Such b-u-l-l-s-h-i-t. The same stuff that trickles down on us all from the corporate boys on high.

Reminds me of an old Firesign Theater skit where one guy asks another, “Bend over and roll up your arm. Do you want regular or premium?” 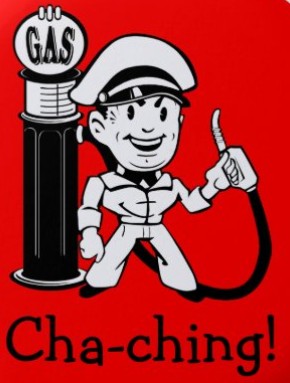 One of the exurbs (a district outside a city, especially a prosperous area beyond the suburbs, dictionary.com), which shall remain unnamed to protect myself, where I inspect in the DFW Metroplex has a person working as Chief Building Official (CBO) who appears to be working against the best interest of the home buying public. Though this person possesses the requisite professional certifications for the job he/she is apparently disseminating false information to the home buyers in his/her district that all should be made aware of.

Among other numerous specious opinions, i.e. interpretations of the building and electrical code that he/she evidently pulled directly out of the terminus of his/her digestive system, rendered by this person during the course of inspections recently on a property there, one in particular stood out. He/she explained to the buyer of a new home that he/she would not be inclined to enforce certain code issues because the builder would “take care of those under the warranty”. Really? Now the builder is the building official and the building official is working for the builder, right? Who knew it was supposed to work that way?

Many, if not all, builder warranties exclude building code related issues and any items you provided on a punch list to your builder that did not get repaired before closing. This means that your builder has no obligation to make repairs to building code defects after closing escrow.

An example can be found in my client’s warranty. Similar wording is to be found in other warranties.

Check your own warranty so that you gain a better understanding of what is and is not covered. Read carefully as these are written to obfuscate the fact that they exclude more than they cover.

Further, it is my understanding that this building official told the buyer at one point in time that he/she was not comfortable fielding questions regarding a house that he/she did not yet own. Fortunately for this buyer he/she had already purchased the lot so the house was in his/her name on the tax roles.

The municipality in question has adopted the 2015 version of the International Residential Code, among others. In that volume it clearly states:

The building official establishes policies and procedures
that will clarify the applications of the code. The
development of those policies and procedures should
not be simply for the convenience of the jurisdiction’s
employees, but should be viewed as a way to effectively
communicate to all interested parties involved in
the construction process how the department will process
applications, review construction documents,
make inspections, approve projects, and determine
and clarify the application of the code provisions. Properly
developed, these policies and procedures can
make the code enforcement department more predictable
for those who are regulated and will also establish
improved code compliance and public relations.

When interpretation of the code is needed, the building
official is the one individual of the jurisdiction with
the legal authority to interpret the code and determine
how the provisions should be applied, in both general
and specific cases. Some departments formalize the
interpretation process and require the person with a
question to submit their question in writing. Departments
are encouraged to develop policies for both formal
(written) and informal (verbal) requests for code
interpretations. Any such interpretations must be in
conformance with the intent and letter of the code and
may not waive any requirements. It may be necessary
in some cases for the building official to write these
code interpretations into the permit.”

It is assumed that the reasonable man on the street understands what this says. It is written in English and is required reading for anyone aspiring to become or just simply wakes up one day to find themselves a building official. That said, I question the reasonableness of the code official in question. Folks like this are out there. Buyer beware.

On that note another publication from the authors of the International Residential Code is the Legal Aspects of Code Administration. In Chapter 9 of this volume it states in part, “The Latin term caveat emptor, means “let the buyer beware.” Thus, it is up to the purchaser to determine the soundness of the building prior to the finalization of the purchase or to hire a professional inspector”, (italics are mine).

In Texas where big business reigns supreme, and don’t kid yourself homebuilding is BIG BUSINESS, developers and home builders are at the wheel. They apparently have the legislators and municipal officials under thumb. If you are not looking to get thoroughly screwed you had better hire a competent independent inspector to inspect your house from the ground up in order to avoid being taken advantage of by this good ole’ boy system that includes the CBO in question.

I came to Dallas on a relocation. My real estate agent had never seen a report this detailed and complete. And he’s a nice guy. We walked... Read More »
View All Testimonials →